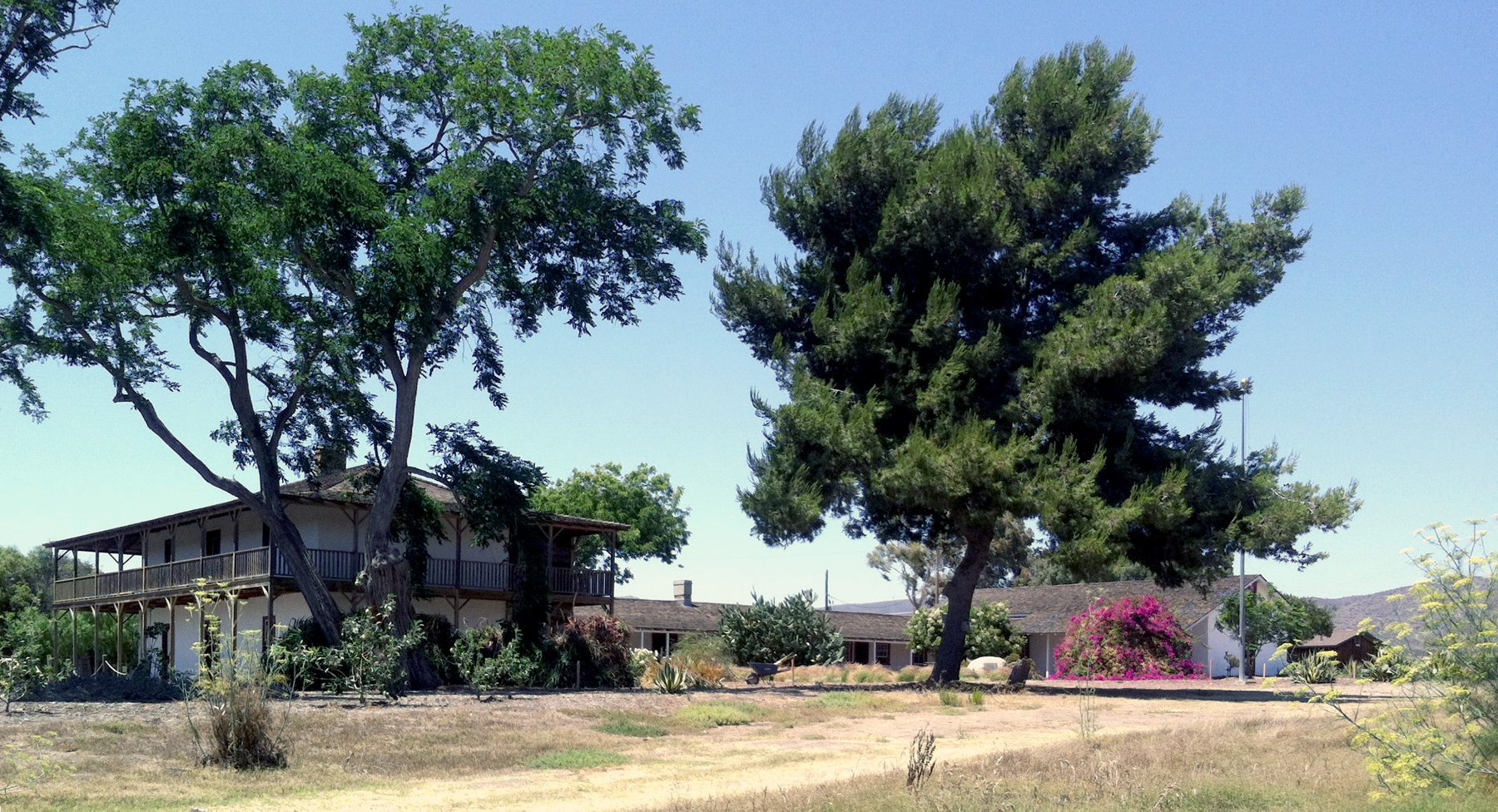 The Las Flores Adobe National Historic Landmark built in 1868 is located on Camp Pendleton. The house is a great example of a well-preserved, early California house. The two-story portion of the house is considered "Monterey Style", while the one-story section is considered "Hacienda Style".

In 1864 Don Juan Forster had purchased the land from his brother-in-law Pio Pico which included approximately 90,000 acres. Those acres included the Luiseno pueblo and an Estancia just west of the house. Pio Pico who had been granted the land from Governor Juan Alvarado twenty years earlier. The Las Flores Adobe was built by Marcos Forster who was a son of Don Juan Forster in 1868.   Marcos and his bride lived in the home for almost 20 years. During this time they held rodeos, barbeques, horse races and even bullfights. The Forster's home was also a rest stop for weary travelers and influential statesmen who were journeying between San Diego and Los Angeles. By 1880 Marcus spent less time in the cattle business and more time cultivating the land. He grew wheat, barley, and sheep. However, upon his father's death, Marcos sold Las Flores Adobe in order to pay off creditors.

In the year of 1882, James Flood purchased the Rancho from the Forster heirs. Richard O'Neill a butcher by trade and a close friend of James Flood becomes the manager. The O'Neill family later gained half interest of the Rancho Santa Margarita y Las Flores.

In December of 1888, Richard O'Neill leased the Las Flores Adobe and several thousand acres to Henry Magee and four of his children. The Magee family began farming and dairy ranching. Upon the death of their father Henry, Jane and Hugh Magee began planting lima beans. They found that lima beans did especially well in the moist sea air, and in time Jane Magee became known as the "Lima Bean Queen" of Las Flores. Jane Magee remained the widely-known hostess of the old adobe until her death in 1946.

At the time of Camp Pendleton's inception in 1942, President Roosevelt announced that the Magees could continue their lease until the last surviving Magee of Jane Magee's generation inhabited the house. Consequently, Ruth Magee lived in the house until 1967 until her failing health caused her to leave. While living in the house with her husband Louis Magee Ruth entertained base commanders who would visit the Adobe, as well as several actors who were shooting motion pictures on the base.

The Magee family along with the O'Neill and Forsters all showed great skill in using the land and location of Las Flores to adapt to the changing times that San Diego and California experienced from the 1860's to the 1960's.